BSF Super Nutrition was now to be extended to Millions of Test Animals. In 1985, after completing ten years of intense research focusing on the science of algae applied to cancers and other diseases with the Academy of Science of Moldova, Kiriac was enthusiastically invited to join the Ministry of Agriculture of Moldova as chief of the Nutrition Sciences department. They asked him to accelerate his research for application to the agriculture industry, specifically livestock.

A large poultry farm in Moldova was selected to be the research centre. He spent the next eleven years working with this facility, even while on other assignments and managing other projects. He continues to collaborate with the facility up to this day.

Housing and research facilities were established for 600 workers and 200 researchers. The research centre hosted up to 1½ million egg-laying chickens in several buildings surrounding the main research facility, each holding 75,000 chickens.

Mr. Kiriac later remarked that this facility alone raised more chickens than half the population of chickens found in the entire province of Quebec, Canada. This was unheard of elsewhere because of the danger of epidemic diseases wiping out all the chickens at once. But this did not worry Mr. Kiriac since Biosuperfood Microalgae (BSF) was being applied to the chicken feed, resulting in consistently disease-free chickens.

The research centre’s mandate was to:

Over the years, the project was able to achieve astounding animal health. For example, the poultry achieved 100% healing and eradication of the Marek disease, saving 100% of the diseased animals. About 50% of the newly-healed animals where returned to the production cycle to lay eggs again. All this was achieved with the use of organic grains and BSF, without the use of antibiotics, growth hormones, or other artificial means. By using BSF, farms gained superior productivity in production farming of poultry for meat and eggs in Moldova, Ukraine, and Russia, as demonstrated by:

In addition, extensive use of BSF by the farm workers contributed to better health, less absenteeism, and higher productivity. again validating this super nutrition on millions of test animals. 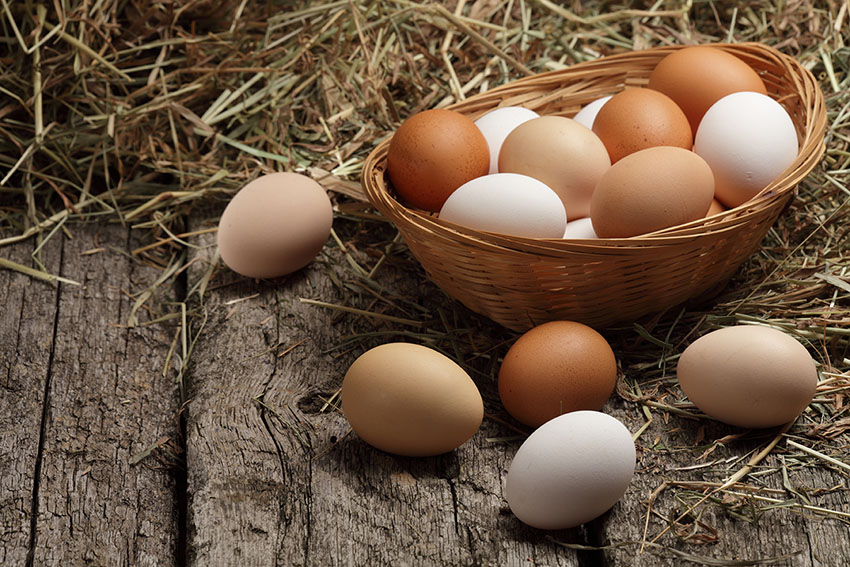 Reaching its organic goals, everything produced from the chickens was used or re-used, such as eggs, meat, egg powder, and chicken droppings as organic fertilizer.

The farm allowed for extensive directed technology research because of the large population of chickens available as test groups. Mr. Kiriac was able to use part or all of the huge populations in each building to further prove the value of BSF, which constituted a major leap in global research. Most clinical research with animals is normally limited to 40-100 test animals, but he was able to compare BSF’s results in large populations of 28,000-83,000 chickens to another large test group of similar size. Each test group was verified for diverse signs of health, such as longevity, birth rates, food taste, animal size, and number of eggs. Validating BSF super nutrition on the most test animals done to date.

The optimum dosage was introduced in the industry immediately, resulting in a productivity increase. At that time, this project had become a major priority for the USSR. Budgets were approved for continued research in the production technologies and the final BSF formulations. This support allowed for the significant advances and precise formulation of the recipes.

This success was highly rewarding and motivating for Mr. Kiriac, who by then wanted to convert the world to this kind of organic health. To this day, he remembers the delicious taste of the chicken meat and of the eggs, even when eaten raw. The success and the health recovery were so unparalleled, that he was eager to develop BSF for humans to help with the cancer crisis and to protect his family.

Biological farming with BSF as feed supplement led to planning for the development of the largest BSF production centres in Europe: Moldova, Voronezh and Moscow in Russia, Omsk and Kamchatka in Siberia. The large, hydroponic bioreactor allowed for year-round production, independent of the weather and the sun, capable of producing far greater volume of higher-grade algae due to the easy control of the base culture used. This greatly reduced the space needed for algae production. One litre of harvested algae paste delivered thousands more nutrients than that found in 25 acres of Alfalfa. Alfalfa was used extensively for poultry feed because of its many nutrients and beta-carotene. One jar of BSF nutritionally exceeds twelve trucks of Alfalfa.

It was very rewarding for Mr. Kiriac to see many researchers and project workers “misappropriate” BSF for themselves and their families, friends, and pets. There was a “blind-eye” policy applied to these “white” thefts.

During that period on the poultry farm, significant side research with rabbits was completed, primarily because of certain cancers that were affecting these species in Moldova. Rabbits were excellent research subjects because they reproduce three times a year.

Cancers were eradicated in the first year

The results were of great importance and a revelation to Mr. Kiriac. The cancers were eradicated in the first year. It was observed that the rabbits with BSF in their diet would bear two to three more offspring. Additionally, their fur was much shinier and longer.

The USSR expended hundreds of millions of dollars into the research and application of BSF to livestock. Unfortunately, all of the benefits and results of BSF were slow to be accepted in the USSR. The conservative bodies were lobbied by the pharmaceutical industry or politically influenced in other ways to maintain the established methods of using antibiotics and growth hormones, somewhat like the situation in the USA today.

While Mr. Kiriac was creating marvellous results in Moldova, Mikhail Gorbachev was elected President of the USSR in March of 1985. Under his leadership, great advances took place, even in the wake of a disaster. Mr. Kiriac was now ready to accept one of his greatest challenges in helping people with BSF.