Everything that humans need to live in good health, already exists on Earth – including complete nutrition.

One of the most healthful foods is spread in a fine film over most of the surface of the earth, invisible to the naked eye. However, modern intelligent humans have lost sight of its value. Ancient humans, Aztecs, Mayans, tribal Africans, the largest mammals (whales) and other intuitively intelligent animals have long been aware of this natural life-giving food source. The plant cells in this film are called microalgae.

These little organisms are miniature factories, turning out amazing amounts of nutrients such as vitamins, minerals, protein, and enzymes. Some species contain more nutrition per ounce than anything you can eat, including bee pollen, which is the most nutritionally dense land-based food. 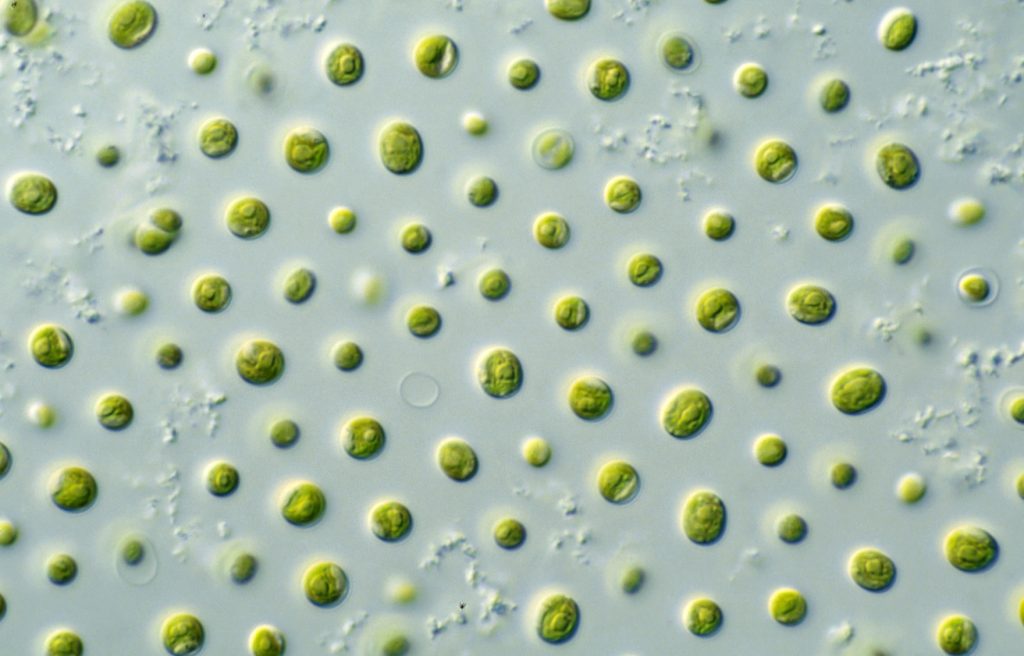 There are over 25,000 species of algae on earth and thousands of micro-algae, and more are discovered each year.

Many contain a higher concentration of chlorophyll than any other known plant, and have a very complex RNA and DNA. Some micro-algae are a complete protein food, containing large amounts of beta-carotene (pro- vitamin A), all the B vitamins, vitamin C and E, and many minerals in high enough amounts to be considered perfect food. Most importantly, the essential amino acid profile of algae is virtually identical to that required by the human body.

Certain microalgae are effective in eliminating heavy metals, such as lead, mercury, copper, and cadmium.

The protein yield is greater than soybeans, corn, and beef. Some algae contain gLA, a very important essential fatty acid and a precursor to the body’s master hormones.

Many have a beneficial effect on arthritis and hypertension. One example of a most important benefit comes from a combination of molecules that biochemists call the Controlled growth Factor, a unique composition that provides a noticeable increase in sustained energy and immune health when eaten regularly.